Data allowances in all our bundles, as well as Pay As You Go data can be used at 4G speed at no additional cost. It is built specifically to handle mobile internet and data more efficiently, allowing faster and more reliable mobile connectivity in a world where data usage is increasing 250% year on year.

Because 4G is so much faster and stronger than a normal 3G signal, it means you can do things with 4G that just aren't possible on 3G. For example, 4G makes it much quicker to surf the web on your Lycamobile. 4G is ideally suited for services which demand more capacity like video streaming, mapping and social networking sites when accessed through your Lycamobile.For the typical Lycamobile user, download speeds of 4G could be around 5-7 times quicker vs. your existing 3G on Lycamobile. This means a music album taking 20 minutes to download on a 3G phone and just over 3 minutes on 4G.

How to enable 4G on your phone

4G / 4G LTE networks require compatible device. Most of the new smartphones will automatically detect 4G but in some cases you will need manually to enable 4G in your setting menu.There's no need of new SIM card and existing customers will be able to access 4G on their current SIM. Availability and speed may vary in different locations.

Refer a friend and get £5 credit!

New to Lycamobile? Join us today! 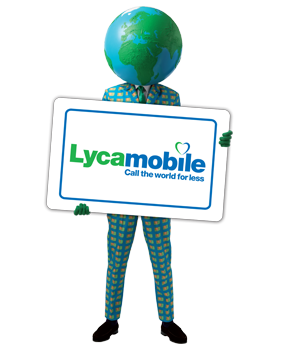